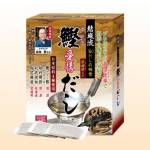 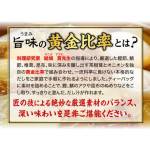 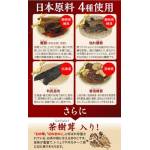 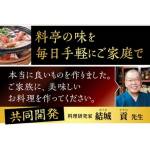 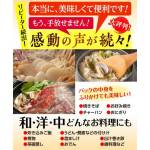 This product was jointly developed with the famous culinary researcher, Yuki Tsuyoshi, who often appears in Japanese TV shows and interviews with brand-name magazines.

Bonito knots and mackerel knots containing inosinic acid have a synergistic effect on the taste of lamina glutamate, and the rich aftertaste of shiitake mushrooms containing guanylic acid.

Coupled with the perfect combination of tea mushrooms that are rich in various amino acids to increase the aftertaste.

The three elements of deliciousness: the perfect combination of taste, richness, and fragrance creates the "golden ratio of soup".

This product is sold out, submit your email and we will update once it restock.

Brewing method: The night before or three hours before cooking, brew with 600ml of water per bag. You will obtain a clear and mellow soup base.

Cooking method: Use a bag with 600ml of water to cook on medium heat without a lid. Stop the fire and soak for 5-10 minutes before the water boils. Then use chopsticks to gently squeeze out the essence and take out the bag.

◎The impurities of bonito and mackerel and the mucilage of kelp will not overflow from the bag, so the soup base will be clear and transparent.

●Rishiri konbu (made in Hokkaido)

●Xiangxin Shiitake (Made in Miyazaki Prefecture)

※Master Yuki opened the membership cooking pavilion "Yucheng" in Harajuku, Japan after training as an apprentice with many years of experience. Won the favor of producers from major TV stations in Japan,

He has appeared in most TV shows since the 1980s. "Cooking is love" is the master's slogan. Because of the influence of television, the slogan of the master in Japan is more famous than the name of the master.